My review of the new disc of late works by Elliott Carter is up at Burning Ambulance. As always, be sure to peruse the rest of the site while you're there.
Posted by Unknown at 6:46 AM No comments:

My review of Beth Levin's new disc of romantic piano music is up at Burning Ambulance. Please check out the rest of the site while you are there.
Posted by Unknown at 6:48 AM No comments:

My review of Miranda Cuckson's new recording, Invisible Colors, is up at Burning Ambulance. As always, Phil Freeman does a great job of posting reviews/articles, including videos of some of the music on the album.
Posted by Unknown at 9:35 AM No comments:


Composer Ed Windels, in his NewMusicBox post, “Coming Out as a 5 to 9 Composer”, discusses, among other things, the historical precedents (Charles Ives, etc.) for composers making their living as something other than a composer. I’m in the same situation as Mr. Windels, though I’ve thought of myself more as an “unaffiliated” composer than as a “dayjobber”, the word he uses.

Mr. Windels also mentions that for years he “succumbed” to the “long-standing and short-sighted” ideology that held that if you were not a full-time composer[1], you are “somehow less serious, less committed, and less worthy”.[2] This ideology is also behind the pernicious idea that composers writing on spec are taking opportunities away from the more serious composers, those who get commissions, who, because of these commissions, are more often full-timers.[3]

At any rate, it’s my belief that there is a qualitative distinction between being an unaffiliated composer and a dayjobbing composer, though there is, of course, significant overlap. It may be that that distinction is more in play after the music is written.[4]

I’ve recently had the feeling that I’m writing better[5] music than I might have had things gone in other directions. Mr. Windels says he will discuss that and other aspects of the life of the dayjobbing composer in his next post. I’ll expand on the issue at that time.

The great Bob Shingleton, in a post called “Music blogging#itsover”, simultaneously discusses and belies the end of music blogging. The bottom line: “. . . they are not worth reading”. Read the whole thing for context and elucidation.

The present post is a stab at reviving this blog and stemming the tide Mr. Shingleton writes about. I have ideas for several series of posts like the series I wrote to commemorate Carter 100. It’s difficult to fence off time to do those posts (for reasons related to the first part of this post), but the Carter series was very valuable for me, and I believe they had some value for at least a few readers. Here’s hoping that #itsnotquiteover.
[1] He includes composers with posts in academia as full-timers. Nope.
[2] In my arrogance, it never occurred to me that I was less worthy because I wasn’t full time. Never.
[3] As Mr. Preston asked, will it go ‘round in circles?
[4] Then there is the phenomenon of the “disaffiliated” composer, who can’t get performances in her own hometown, because institutions don’t see what’s in it for them to play music of unaffiliated locals.
[5] Was going to put “better” in quotation marks. Fuck that.
Posted by Unknown at 6:13 PM No comments: 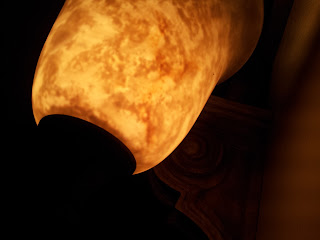 Earlier this week, I launched a new website devoted to my compositional activities. The site includes an "About" page, which is basically a brief, fairly uninformative biographical statement, a works list, an audio page titled, in an inspired bit of cross promotion, "Listen", a gallery page ("Look"), a contact form, and a blog, called "Read". "Wait a minute", you say. "You never post on this blog, and now you've started another one?"

The blog over there will be devoted to items about the website itself and to news about my music. Over here here, I'll continue to post reviews, lists, observations, and reading recommendations.

As always, thanks for listening!
Posted by Unknown at 6:00 PM 2 comments:

When I was an undergraduate, the composition faculty issued an edict that, until further notice, we were not to use ostinatos[1] in the music we were writing for our lessons. The professors clearly believed that we were using ostinatos (and other techniques/devices like tone rows[2] and drones[3]) as crutches to “automatically” generate stretches of music, some of whose details fairly set themselves down onto paper[4] by themselves.

I almost hurt myself rolling my eyes up in my head in response, but I complied. There is no doubt that these and other techniques can take over a composers’ music and that comp teachers do have a responsibility to guide and evaluate the student’s technical abilities. These techniques can, in addition to generating large numbers of notes, mask a great many compositional “sins”.[5] On the other hand, if the music works, and that’s a judgement best made by the composer with the assistance of the teacher, there’s no good reason not to use them.[6]

I started thinking about this subject when I first heard some music by Anna Thorvaldsdottir a few months ago, when she was named the New York Philharmonic Kravis Emerging Composer. Drones are an essential component of Thorvaldsdottir’s art, and she uses them in surprisingly different ways. On her new disc, In the Light of Air,[7] the drones are used in service of a varied and artistically unified expressive landscape.

The sections of In the Light of Air each have titles that point to a measurement of physical condition (“Luminance”), an existential condition (“Existence”), and feeling states or states of being (“Serenity”, “Remembrance”) that animate the sections so titled. Over the course of the 45 or so minutes of Light, Thorvaldsdottir deploys her drones in surprising and expressive contexts, illuminating the idea behind each section clearly and with style, grounding each piece in rich earth.

Though this is not-quite-a-review of this disc, I also wanted to say that Transitions (for solo cello, played beautifully here by Michael Nicolas, for whom it was composed) is a very fine piece. The performance of In the Light of Air, by the powerhouse International Contemporary Ensemble is expert and expressive, and both the Blu-Ray and CD sound is superb.


[1] A short melodic fragment repeated throughout a piece or section of a piece. An ostinato typically remains at the same pitch level and doesn’t vary in other ways, either.
[2] A series of notes (actually, pitches abstracted from any register) that govern the pitch (melody and harmony) of a piece. There are as many ways of doing this are there are composers doing it. More, probably.
[3] A continuous, low sound.
[4] Imagine those professors trying to deal with student composers using sequencers, music-composing notation software, and the other music-generating tools available today.
[5] In much the same way that a great number of footnotes can up the old word count and mask a possible lack of much to say.
[6] Other than to make the professor’s job easier.
[7] Given a much fuller review by Phil Freeman here. Phil’s perspective is very different from mine, one that will be far more useful to most readers.
Posted by Unknown at 8:50 PM 2 comments:

Carter: Boosey & Hawkes have posted an interview with noted composer and Elliott Carter scholar John Link, who has some important insight on how and why the composer developed his “late late” style. In addition, Mr. Link lives up to his name with several Carter resources:

#musochat: On Sunday evenings at 9 eastern, any interested party may join in a virtual gathering at twitter under “#musochat” to discuss contemporary classical music[1] and related subjects. Even if you can’t participate in the discussions in real time, the chats are available under the hashtag. Molly Sheridan has more at newmusicbox.

This demure woman . . . declared that "making even one colored mark on a blank piece of newsprint should be an act of moral revolt." More than a revolt: an appeal for grace. All human beings were due a full accounting, but they had to ask for it. Art was a way of asking.


[1] It happens that much of this past Sunday’s (16 Aug 15) discussion centered on what to call this thing of ours,* whether that matters, and why it probably does.
*The Sopranos reference is intentional, because another art form, filmed televisual entertainment, often presents its best work on Sunday nights and I believe that one way for us to engage with the contemporary world is to engage with other, more popular, art forms.
Posted by Unknown at 8:25 PM No comments: